It’s December 25th again, the day those of us who are Christians commemorate the birth of Jesus Christ, and once again I am overwhelmed by the emotion and richness of the season. The skies seem deeper, the stars look brighter, and the crisp breezes are more invigorating. Feelings of happiness and peace warm me as visions of sugarplums, holly, and mistletoe dance in my head, mingled with the deeper significance of Christ’s birth.

As a child, I wished Christmas could last forever. People, as Charles Dickens said, were ”so much kinder” then. There was a tangible feeling in the air of anticipation, peace, and love. The season was magical to me, but years came and went - too many for comfort - and some of my fantasies were shattered, confused, or diluted by too much information, education, and examination. 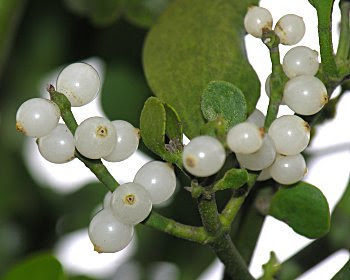 Mistletoe, I’ve come to realize, is merely a poisonous, parasitic, damaging plant spread in bird droppings. However, ancient Druids harvested it with gold knives and sent their young assistants out with it to announce the New Year. The tradition of kissing under mistletoe originated in ancient Rome. With each kiss a berry had to be plucked. When they were gone, so was the magic. No more kissing without a fresh supply, complete with fruit. Scandinavians viewed mistletoe as a plant of peace under which enemies could declare a truce, and angry spouses could reconcile.

Holly hasn’t always been just a nice Christmas decoration. It was once considered to be the sacred plant of Saturn and was part of the pagan Roman Saturnalia festival. Holly was also believed to protect against witches, and prevent homes from being struck by lightning - facts you might want to remember around Halloween and during spring thunderstorm season.

Even the date of Christ’s birth and the story of the Christmas Star have come into question. The shepherds would likely have had their sheep in the fields during a non-winter month, not December. Some authorities support the idea that Christ’s birth was really in April, even stipulating the 6th of that month. Others said it was September 5th in the year 3 BC, at a time when Jupiter, king of the planets, shone brilliantly in the night sky in the constellation Leo The Lion. Found almost touching the Royal Star, Regulus, the Lion’s heart, and just to the left of the waxing moon, Jupiter would have passed through a complex path called a retrograde loop, appearing to the Wise Men to move for a time and then become stationary over Bethlehem.

Modern scientists have explored the possibility that a supernova or comet might have been the Christmas Star, but there were many astrologers and astronomers in ancient days, including the Wise Men themselves, who constantly scanned the skies. Entirely free of light pollution, the night skies then would have been breathtaking, overflowing with myriad bright stars. Any new celestial visitor would almost certainly have been seen and recorded. 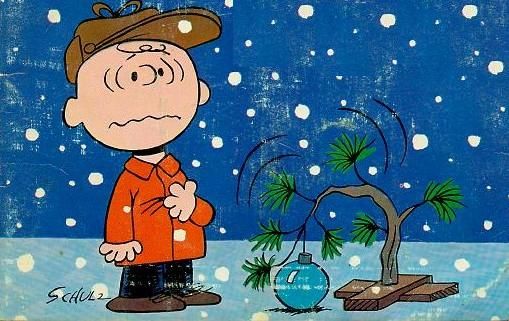 Frustrating huh? Charlie Brown pretty well sums it up with his usual comment – Good Grief! Although the details are interesting, I’ve decided that worrying about them degrades my Christmas experiences. After all, it is the significance of that stellar event, not its astronomical or folklore details that are of real importance. Christmas for me has become an uplifting, enjoyable blend of religion, nature, and folklore that is warming and special and satisfying. Let me explain.

Many ancient and recent Christmas traditions simply make me feel good. For example, Mexican legend tells us that a very poor brother and sister, named Maria and Pablo, could only bring green roadside weeds as a gift to the baby Jesus in the manger scene at their church. Their friends laughed at them, but miraculously, the green top leaves of the weeds turned flame-red, surrounding the manger with the beautiful and brilliant flowers we now call Poinsettias.

Christmas trees may have ties to the Druids, but another legend tells of Martin Luther, the founder of Protestantism, walking through a forest on Christmas Eve, witnessing the stars glimmering through the branches of the evergreens. Deeply touched, he cut a tree for his family, and to simulate stars, placed candles on its branches – beginning the tradition of present day lighted trees. 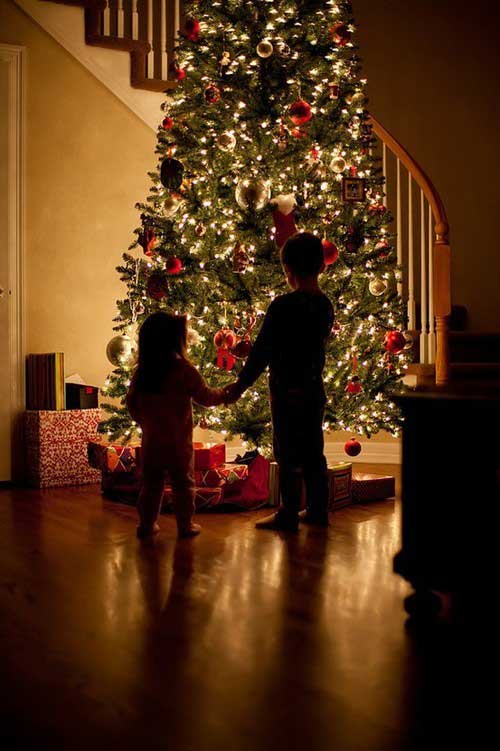 The Christmas tree is a very symbolic part of the season.

I suppose that some who read this will utter a loud “Bah! Humbug!” and wish to strongly differ with my hybrid Christmas. That’s fine. But my personal holiday blend is in full effect. Yaupon and native holly are laden with bright red berries against shiny deep green leaves, winter birds are returning, and whispering through the woods I think I hear the muted sound of sleigh bells, the gentle strains of “Silent Night, Holy Night,” cattle lowing in the subdued light of a stable in Bethlehem, and the murmur of a tiny Child’s first sounds.

Some say the animals of all fields and forests, domestic and wild, pause in reverence for a moment on Christmas Eve. Even though I’ve never witnessed this hushed and reverent tribute, the child in me would like to think it happens. In my heart it does, and I choose at this season to stop being a scientist and allow the sparkling stars overhead, nature’s beauty, Christmas trees, and even the presents under the tree, remind me of the birth of the Savior. I have decided to forgo in-depth and depressing examinations of the origins of each tradition. I’d rather stand under a star-studded sky which the scintillating brilliance of Orion, the Pleiades, and the Hyades dominate during the Christmas season, and simply feel tranquility wash over me as I remember an angel’s promise to us of “peace on earth; good will toward men.”

It’s Christmas. Let peace flow into your heart. Go outside away from all the hustle, bustle, and superficiality of the season. Don’t talk, just be silent and feel it. Perhaps the fields and forests of East Texas and the spirit of Christmas will touch your heart in a new and lasting way. Hopefully, you and I can carry Christmas in our hearts and display it in our actions all the year through. I wish you a merry, fruitful, and thoughtful Christmas. May the angel’s promise of peace and good will become a living reality around the world.