President Donald Trump is famous (or infamous) for complaining about “fake news.” But fake nature trumps a Trump every time.

Our natural world is filled with enough fascinating facts to keep you busy learning your entire life. Unfortunately, there are myriads of supposedly true stories regarding plants and animals that are simply not true. Readers frequently ask me about these off-the-wall stories. Some are not new, just repeats of old tales revised, expanded, or retold. Just to lend authority to these nonsensical stories, they almost always include a statement that “my wife’s Aunt Harriett had a brother whose next-door neighbor’s nephew’s friend really had this happen,” or words to that effect. Brace yourself. Here are a few mind-boggling examples. 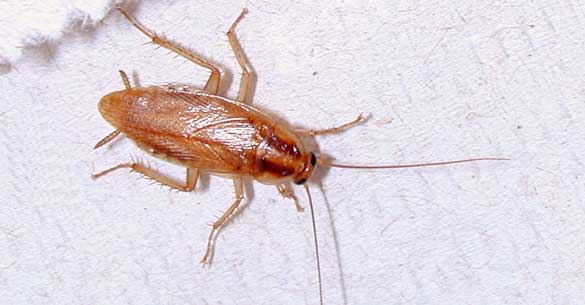 Photo by Mike Merchant TAMU
German cockroaches like this one may inhabit your home, but never your body. That’s just another “Texas Tall Tale,” and false.

Cockroaches Breeding in Your Tongue

As the story goes, the glue on a batch of envelopes became contaminated with cockroach eggs. Unknown to the “victim,” in licking the envelope prior to sealing it, they got a paper cut on their tongue and some roach eggs got in. A painful lump soon developed in her lapping organ, so she went to a doctor. He poked and prodded and finally referred her to a surgeon for a biopsy. When the lump was cut open, several live cockroaches crawled out. So, never lick envelopes, use a moist sponge.

Baloney! German cockroach eggs (our most common roach variety) are laid in a small brown capsule-like container about 8 mm long and 3 mm high, containing 30-40 eggs. The eggs must remain in the case to hatch. Any individual eggs that got into envelope glue would die and certainly would not continue to develop in a cut tongue or other part of the human body. Nevertheless, our pest control man told us that he was warned about this in training. If that’s true, it shakes my confidence in their trainer’s insect knowledge.


Cockroaches in The Brain or Sinuses

This is the same story, with a twist. An adult roach crawled into an individual’s nose while the victim was sleeping, and laid eggs. Upon hatching, the young critters headed upstream into the sinuses where they set up housekeeping and were only discovered when a vigorous nose-blowing spurted a live roach into their handkerchief. (Yuk!)

The other variation on this story is that the baby roaches left the sinuses and entered the brain, causing a terrible infection, only discovered when surgery released a bunch of rapidly running roaches. Absolutely not true!

This classic story involves several “victims,” all of whom had recently been on flights to or from South America. The story quotes a “physician” writing in the Journal of the United Medical Association (JUMA). According to the account, within a few days of returning home the patients developed fever, aches, muscular pain, and collapsed, followed by paralysis, and death. Careful investigation disclosed a small bite on the buttock of one of the people. It was finally determined that each of the fictitious victims had been bitten by the terribly toxic butt spider, technically known as Arachnius gluteus, a venomous creature living in the toilets of the airliners on which these passengers had flown. Supposedly, they had gotten into the planes from their native habitat in the tropics.


The list of nature myths is endless. In the meantime, enjoy the approaching fall weather and quit worrying about “Texas Tall Tales.”