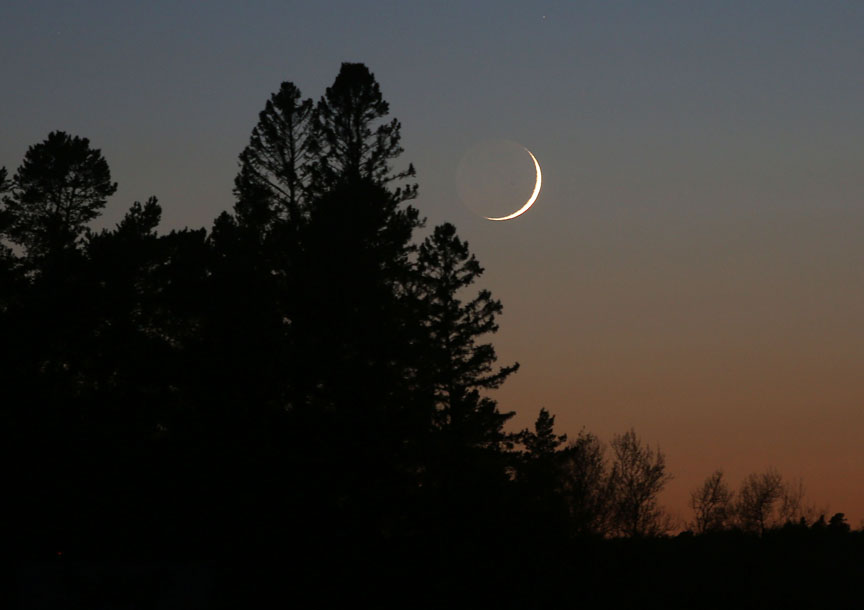 Image created with Stellarium.
A new moon rose early this morning marking the start of a new lunar cycle, and the month called Tishri by Jews.

We’ve baked all summer, with day after day temperatures at or above 100 degrees. But, relief is in sight. September is a month of new beginnings, traditionally and scientifically. Early people of many cultures, far more accustomed than we to lives governed by celestial events, watched the rising and setting of the sun, the moon, and certain significant stars and planets. Moon phases were also critically evaluated, and certain crops were planted only when the moon’s stage was favorable. As I mentioned in a previous column, wild animals and birds, humans, reptiles, amphibians, and plants life cycles are largely controlled by the number of hours of daylight. In other words, all life literally revolves around, and is strongly governed by, the sun.

As I write this column, it is Sunday, September 20th, and a significant celestial event called a new moon rose early this morning marking the start of a new lunar cycle, and the month called Tishri by Jews. According to their reckoning, it is the beginning of the seventh month of the year. The Jewish calendar is lunar and the months are calculated by the moon phases, which make one complete cycle in about 29 1/2 days. The Gregorian calendar that most others use nowadays compensates for the variations in the lunar cycle in a different manner than the Jewish calendar. According to the Gregorian calendar, the coming of Tishri varies from the last three weeks of September to the first week of October. This year it starts on September 20th and marks the beginning of the Jewish New Year. This New Year’s Day is called Rosh Hashanah, the celebration of the creation of the earth and a time of introspection and repentance. Some Jews cast bread crumbs into a lake or pond, symbolic of casting all sins away. A family meal is celebrated that includes honey cake, wine, and apples dipped in honey, all representing the hope for a sweet and happy year‼ The year, by the way, according to the Jewish calendar is 5759, not 1998. In other words, it is the 5,759th year since the earth’s creation.

But, there are other new occurrences this month. If the summer days have seemed to drag on forever, the end is in sight. On Wednesday, the 23rd of September at 12:37 a.m. Central Daylight Time, the sun will have moved half way on its journey through our sky from the longest day of June 21st to the shortest on December 21st, and fall will officially begin for us in the northern half of the planet earth. This Wednesday, the day and night will be the same length and we call this the Fall, or Autumn Equinox. From then until December 21st, our days will become progressively shorter, the sun appearing lower and lower in the sky at noon, its rays striking the northern hemisphere at a lower angle. Without the more direct incoming radiation, our weather cools and autumn drifts slowly into winter. In the southern hemisphere, spring has just begun with their official start of summer only three months away. Confusing, huh? 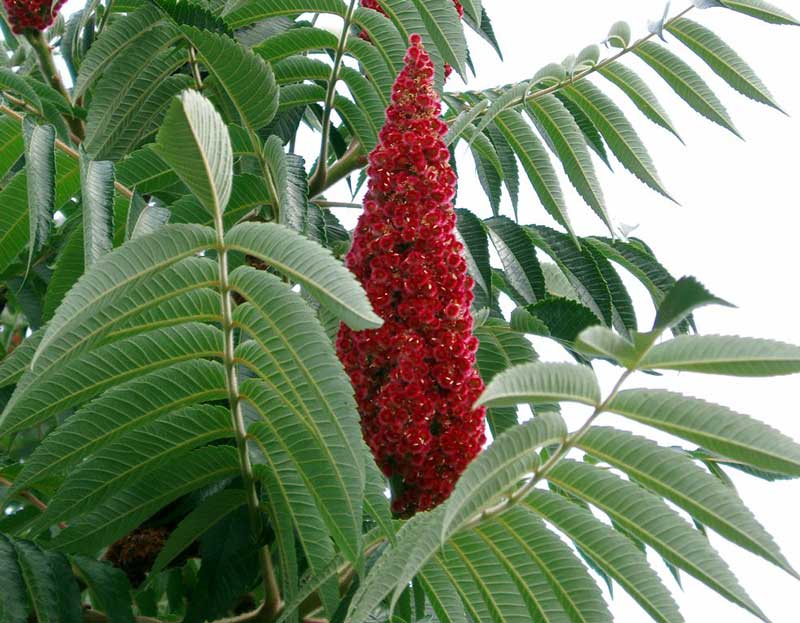 Nature is already taking note of the sun’s changing angle and timing. Thankfully, my grass isn’t growing so fast, but also only one lone hummingbird is still feeding on my fake flower food in my phony flower feeder and soon he, like his friends, will head south until next spring. Within a month, leaves will begin to turn color, triggered by the short day-length, and a drive in the country will reward you with the sight of brilliant red, fuzzy Sumac berries standing erect on tall branches, and wrinkled, green Osage oranges hanging from the limbs of a tree once used as a source of wood for bows. Those heavy, hard “oranges” are often called horse apples, and when I was a brainless kid, my friends and I used them for “chunking” at each other.

The night sky is changing too. By 9 p.m., brilliant white Jupiter is 30 degrees up in the southeast sky, and in another hour orangish Saturn will follow. Jupiter is very bright and also very close to the earth right now. A small telescope will reveal the dark bands on its surface that astronomers only very recently decided may be dust settling from dim Saturn-like rings around the planet. A pair of good binoculars will allow you to see its four moons, but not the planet’s bands.

So, once again, the natural world of East Texas is passing through a phase in its continuously changing saga, and whether your New Year’s Day is in September or not, it’s a good time to get a new lease on life and eagerly look forward to cooler, better days ahead.