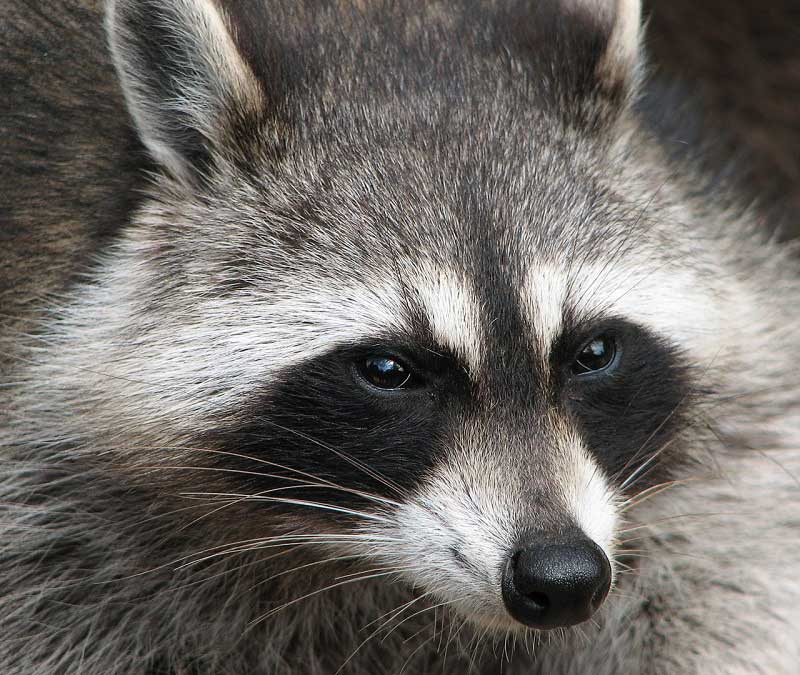 Wikipedia
These masked bandits are found throughout much of the U.S. and can be a real pain in the neck.

According to a law enforcement report in this paper on the 6th of this month, deputies routed a “masked invader” from a woman’s yard on Highway 7 West. The trespasser was reputed to be wearing a black mask that obscured his eyes and part of his face. He had small hands and was wearing a fur coat. It’s too warm for a fur coat now, but you can never tell what some folks will do to disguise themselves. The perp reportedly evaded deputies, who nevertheless recognized him. Known as A. Raccoon, he is a well-known prowler and burglar who is part of a larger ring of criminals involved in a widespread series of crimes, including breaking and entering.

I’m sure you’ve already figured out that the “invader” was a raccoon. They are as common as dirt in East Texas. Active during the dark hours, and possessing sharp night vision, their raids, similar to human intruders, usually occur then.

According to an article on the Texas Parks and Wildlife website, their name derives from the Algonquian Indian word “arakun,” meaning “he scratches with his hands.” Dropping the first letter gives you “rakun” which became “raccoon”. More commonly, they’re simply called coons.

Coon hunting with dogs has been a staple of Texas outdoor activity for generations. As a kid, I was invited on a few hunts by old timers. Mostly we just sat around the campfire while they smoked, chewed, spat, drank coffee that would take the paint off a battleship, and swapped lies. Those fellows could recognize the voices of their own dogs – “there’s old June; she trackin’.” Or “Zeke’s callin’ treed.” But we seldom followed up to go get the coon. It was comfortable by the fire, and leaving was too much trouble. Before dawn, we’d wrap it all up and go home.

Raccoons are great climbers. They have well developed “hands” or paws, with toes almost like fingers that enable them to grasp, climb, and manipulate food with much greater dexterity than most other animals. They can go up a tree like it had a ladder attached. That ability also serves them well when they’re burglarizing outbuildings, and even houses. Their homes are usually in hollow trees or other shelters but they will never turn down a shanty or tool shed.

Sometimes they take up residence under a house or in an attic and once they find a comfy place on your property, raccoons are often very hard to evict. If you want a real challenge, try getting rid of a litter of coons that have taken up residence in an unused chimney or a cozy attic corner.

A little like teenage boys, raccoons will eat almost anything, and as much of it as possible. Crawfish, clams, and fish are commonly eaten, as are insects, small rodents, frogs, fruits and nuts, bird eggs, dead animals, and garbage.

A popular story tells that coons wash their food before they eat it, fastidious little characters that they are. I’ve watched them scrubbing a snack in a pond before gobbling it down. But some experts say they merely suffer from “dry mouth” and can’t find any Biotene mouthwash. Their scientific name is Procyon lotor – “lotor” meaning “washer” in Latin. But, I’ve never found a completely satisfying reason for their washing behavior. I just know they do it and maybe that’s enough.

A word of warning. Coons are frequent carriers of rabies. If one approaches you, shows no fear, or behaves in an aberrant manner, get away from it. If you find a dead one, leave it alone.

Coons are cute, but to me, their criminal behavior outweighs their good points, and raccoons found in my part of the fields and forests are likely to be met by a small, high-velocity piece of metal. I think they call it a bullet.