The Times and Seasons are Changing 9 Jan 2013

The calendar is something most of us take for granted, or “take for granite,” as some of my former students have said and written. In spite of this deplorable grammar and spelling, the passage of days, months, and years are not cast in stone and never have been. From ancient times, astrologers, astronomers, farmers, and many other people have watched the procession of the seasons as the sun, moon, planets, and constellations aligned themselves in the heavens. Fortune tellers used them to predict the future and foretell personal strengths and weaknesses. Farmers observed the rising and setting of certain stars and constellations as cues to planting and harvesting crops. Some type of time system – a calendar – was needed. 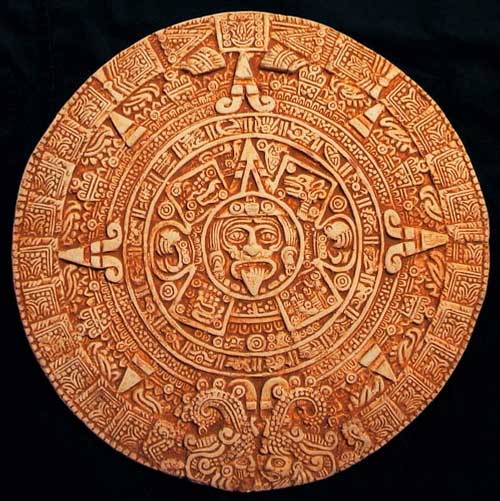 The original Roman calendar had 10 months, and each year totaled 355 days. To keep up with the seasons, an extra 22 or 23-day month was inserted from time to time. The months were: Martius, after Mars the god of war; Aprilis, meaning “to open,” signifying Spring; Maius, named after Maia, the goddess of growth; Junius, from juvenis, meaning youth; Quintilius, Sextilis, Septembris, Octobrus, Novembris, and Decembris, meaning the fifth, sixth, seventh, eighth, ninth, and tenth months. July was named in 44 BC, when Julius Caesar renamed Quintilius after himself.

In 8 BC, Sextilis was renamed August for Augustus Caesar. Superstitious Romans felt uncomfortable with even numbers, believing they symbolized death, so each month had either 29 or 31 days. Julius Caesar established the Julian calendar in 46 BC. It was used until 1582 A.D. It added the new month January, after the god Janus, the protector of doorways and thus the opening month of the year, and February, after Februalia, the time of repentance, sacrifices, and honoring the dead. Just as today, February generally had the unlucky even number of 28 days.

The Julian year was calculated to be 365.25 days. The modern year is 365.24219 days, and it seems such a slight discrepancy would be insignificant. However, as hundreds of years elapsed, the seasons no longer corresponded with their expected month, and adjustments had to be made. In 1582, Pope Gregory XIII instituted the Gregorian calendar. Its rules stated that leap-years would only occur if they were divisible by 4 but not by 100 or divisible by 400. Got that?!!

Several other calendars were developed over the years, but the Aztec calendar is particularly interesting because it is made up of two different systems. One, called the xiuhpohualli, had 365 days in a year and was used to determine the dates of seasonal rituals. The other had only 260 days and was called tonalpohualli, meaning “the day count.” The xiuhpohualli was agriculturally related, while the tonalpohualli was a sacred calendar and attributed the days, weeks, and months to various gods. The appearance of various stars and constellations were recognized as indicators of significant seasonal changes.

Tonight, if you look almost overhead toward the east, bright yellow Jupiter dominates the view at the upper edge of Taurus. Its moons can easily be observed with binoculars. I featured Jupiter as “the new Christmas star” last month.

The easily-identified hour-glass shape of the constellation Orion dominates the lower eastern sky with orange Betelgeuse at its upper left corner. Stalking across the heavens, Orion The Hunter is trailed by Canis Major, his faithful hunting dog, in which dwells the brightest of our stars, brilliant white Sirius. In ancient times the rising of Orion heralded a wet and cold season and the coming of winter. It means the same thing today.

This is a great time of the year to look to the skies and develop not only a familiarity with the constellations, stars and planets, but also an awareness of how little some things change over the eons. The sky today is little different from the time of ancient Rome. Long before Texas was, the skies over our fields and forests were filled with intrigue, mystery, and clues to the universe just as they are now. Take time to gaze upward these pleasant starry nights and wonder anew at our amazing star-studded universe.